Disruptive Technologists Event: The Augmented Reality Experience will be held on January 30th, 2017, at Microsoft in Times Square. The Featured speaker will be the developer of the HoloLens, a see-through display worn over your eyes. Unlike Oculus Rift and VR Devices, the eye-piece component of HoloLens is transparent and the headset requires neither PC nor smartphone.

Augmented Reality (AR) is the technology that superimposes a computer-generated image on a user’s view of the real world, thus providing a composite view— it’s the integration of digital information with the user’s environment in real time. Unlike virtual reality, which creates a totally artificial environment, augmented reality uses the existing environment and overlays new information on top of it.

RoboRaid is one of the games made for HoloLens.  In this mixed reality first-person shooter, use natural movements to target enemies coming at you from every possible direction.

Today, Google glass and heads-up displays in car windshields are some of the well-known consumer AR products, but the technology is used in many industries including healthcare, public safety, gas and oil, tourism and marketing.

The newest and most cutting edge AR now comes from Microsoft:

The newest and most cutting edge AR is the Microsoft HoloLens, the first fully self-contained, head-mounted, holographic computer, developed and manufactured by Microsoft. HoloLens gained popularity for being one of the first computers running the Windows Holographic platform under the Windows 10 operating system. Developer Nick Landry will present the latest along with four other AR experts. 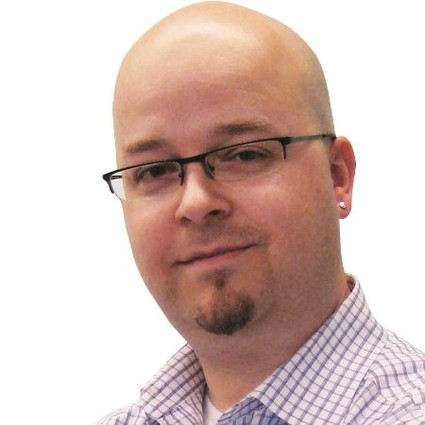 Nick Landry (@ActiveNick) is a mobility pioneer, former entrepreneur and Microsoft Technical Evangelist specializing in cross-platform mobile app development. Known for his dynamic and engaging style, he is a frequent speaker at major software development conferences worldwide, and was a 10-year Microsoft MVP awarded on Mobile Development. With 24+ years of professional experience, Nick is a certified developer and software architect by trade and specializes in Cross-Platform Mobility, Computer Speech & Bots, IoT, Cloud, HoloLens and Mobile Game Development. He is an active blogger, occasional author, avid gamer, loving husband and proud father. 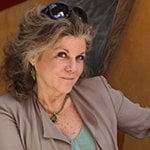 Lynn Rogoff is in the forefront of groundbreaking multimedia content. Rogoff works as a game producer, director, writer and professor. Rogoff, founder of, AMERIKIDS USA is launching our VR 3D Endanger! game series for Samsung VR, Open Source Virtual Reality (OSVR)/Google Cardboard/Mobile/ PC. Now you can take action by playing our Endanger! game to end Endangered Species from extinction. Endanger! is the first 3D VR/mobile/PC game to virtually and socially find & save endangered species and their habitats. Experience their habitat loss and poacher traps from the animal’s point of view, immersing in forests and jungles, around the planet. Presently, they are developing Save Edu the Elephant in VR; http://www.amerikids.com/about-vr-news.html.

The company develops Computer Vision and Augmented Reality technologies for Mobile. The app, based on the advanced AR technology, let people try on tattoos in real-time. It got more than 4M users in the first half of a year after launch. Oleksandra co-founded the company in 2015 on the last year of her Master’s Degree at Computer Science.

Augment, backed by Salesforce Ventures, is the leading augmented reality enterprise solution. Lindsay is passionate about disruptive technologies with a recent focus on AR. She is the author of Content Engine: The Growth Hacker’s Guide to Content Marketing, and she was a 2016 finalist for Everstring’s Discovery Awards for Emerging Marketers in Tech.

Currently Alper lives in New York and enthusiastic about Augmented and Virtual Reality technologies. With his companies Pandora Reality & KabaQ, he is trying to disturb food, architecture, real estate and fashion markets.