Image credit: Boeing
Back in May, the US Air Force’s covert unmanned spaceship, the X-37B Orbital Test Vehicle, returned to Earth after 718 consecutive days in orbit around the Earth, having initially launched all the way back in 2015. Already, though, the ship is heading back into space. On September 7th, it’ll piggyback on Elon Musk’s SpaceX Falcon 9 for a quick and efficient return to orbit around the planet.

This will be the unmanned ship’s fifth mission and will involve the ship being “launched into, and landed from, a higher inclination orbit than prior missions to further expand the X-37B’s orbital envelope”. Not much of what the OTV gets up to is public knowledge—as this is a covert military craft, the majority of its actions are naturally classified. What has been made public, though, is that this new trip into orbit will involve testing “experimental electronics and oscillating heat pipe technologies.” According to Randy Walden, director of the Air Force Rapid Capabilities Office:

“It is our goal to continue advancing the X-37B OTV so it can more fully support the growing space community.”

Whatever the X-37B will be getting up to, it’s clear that both NASA and the Air Force are planning for a future in which the space surrounding our homeworld becomes more crowded, and more complicated to navigate. 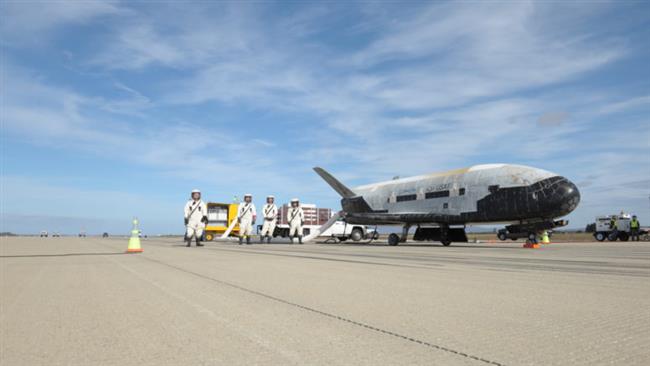 US air force to launch secretive X-37B spacecraft into orbit in dayshttp://ptv.io/2SHE

We’re reaching the point where commercial companies and volunteer groups alike are paying more attention to the business potential of space travel, with plans to set up a lunar base and even new habitats being developed for Mars. Meanwhile, Elon Musk’s own SpaceX is planning on providing haulage and tourism services taking people and cargo offworld—a business plan that’s clearly paying off, as SpaceX has been contracted to return the X-37B Orbital Text Vehicle back into the stratosphere.

Unmanned trips are likely going to become increasingly popular, especially as drone technology and artificial intelligence continues to develop. Unmanned missions involve far fewer risks to human life and don’t involve the inconvenience of providing enough oxygen and bathrooms for a human pilot to exist comfortably outside of our planet’s reach.

That said, don’t expect humans to entirely disappear from space exploration, if only for one very good reason: Space is cool, and we all want to go visit.