October 27th, 2014 NYC Social Infrastructure & Tech Ecosystem: Are We At An Inflection Point?

Disruptive Technologists hosted a panel, “NYC Social infrastructure & Tech Ecosystem: Are we at an inflection point?” at the NY Institute of Technology on October 27, 2014. Panelists talked about how society has shifted from discouraging entrepreneurs to embracing them and what still needs to change to support this type of economy.

There are now more than 15,000 startups in NYC, making it the #1 ecosystem for entrepreneurs, said David Rose, CEO of Gust. With countless resources, a receptive city and a mix of enthusiastic entrepreneurs, it’s a good time to create a startup in New York.

Gone are the days when smart professionals dreamt of being Wall Street bankers, said moderator Bruce Bachenheimer, Director of Pace’s Entrepreneurship Lab. Hustling to start your own company is the new “sexy.” People want The Social Network-type success rather than Bonfire of the Vanities excess.

The city has a cross-pollination of ideas, free events, webinars, incubators, accelerators, encouragement from the government, and more students than the population of Boston, said Rose. These factors make starting a business here more desirable than joining one.

Rose has seen the landscape change firsthand. Having started NY Angels, one of the longest running angel groups, he remembers when people wanted to work at traditional Fortune 500 companies. Only 47 companies that made the original Fortune list have remained. Today, firms less than four years old and smaller than 100 employees have taken the others’ spots.

This is partly because large businesses that succeeded in the 20th century aren’t cut out for the 21stcentury, said Rose. They need to reinvent themselves. The airline industry is one example – several airlines have gone bankrupt in the past decade.

With entrepreneurs’ eager to disrupt, some industries have reason to worry. Uber is taking on ubiquitous yellow taxis. AirBnB is making a go at the multi-billion-dollar hotel industry by empowering regular people to dictate the market.

These lean teams of passionate, collaborative entrepreneurs have the opportunity to stimulate the economy and create jobs that many of the traditional conglomerates aren’t providing. Yet Chez Mee, Brand Innovation Strategist & Entrepreneur, stressed the importance of actually making money so these efforts benefit society. All the panelists agreed on the importance of sales, which is often forgotten.

When Chaz asked how many people in the room had a startup, almost everyone raised their hand. How many have revenue? Hands dropped.

Not only does a profitable company sustain livelihoods, but it also encourages others to join. If it startups succeed, other people will want to take the risk.

“The viability of the startup community and industry is how many people can be employed in that industry, how viable is it so people can actually make a living,” said Mee.

Mee said entrepreneurs can’t expect to take on an entire market. They have to start small.

There is basic information out there that entrepreneurs need to understand to help their business survive – Paul Graham is just one of the many authorities on the topic.

Yet, the fact is that 90% of startups fail, said Rose. Even so, it’s important to keep that entrepreneurial spirit going, because that is where our economy is headed.

“How do we leverage that entrepreneurial activity by those people that didn’t succeed in a productive way?” said Mee.

The attitude of the city is one factor, and NYC has been supportive. The local government recently partnered with IBM to launch digital.nyc, a hub that lists events, features startups, jobs and shares content. It serves as an example for other cities and even inspiration to internationals that come here for the freedom to be able to start their own business.

Panelists still believe some things need to change. For one, the government should give more Visas to immigrants. Most startups have at least one foreigner on the founding team. Another is the high cost of living in NY and in California. They also agreed that the outdated, standardized education system isn’t a sustainable model for economic growth. Brachenheimer said Mark Zuckerberg, Larry Page and Sergey Brin all went to Montessori schools, which promote creative, project-based learning.

People must adopt this attitude for the future said Rose, because they will need to manage their own careers, whether they’re starting their own company, freelancing or driving an Uber. Those who can’t be “entrepreneurial producers” risk unemployment. Especially because he thinks by 2045, we’ll have the technology to combine computers and humans, known as “the singularity.”

Some New Yorkers who are taking control of their careers pitched at the event. 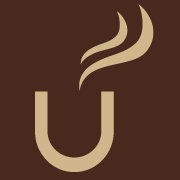 Emrals: Sean Auriti is automating the simple act of throwing out trash. His eCan keeps track of trash and rewards those who clean up.

Below is Bachenheimer’s presentation, which proves that what is old in NYC is new again:

Here is the link to the presentation-
DisruptiveTechnologists_10-27-14v2

Here is the link to the video of the event-
NYC Social Infrastructure & Tech Ecosystem: Are We At An Inflection Point?

Here is the link to the event:
Disruptive-Technologists-in-NYC/events/207242512